Signs of Life II was a reworking of the installation of the same name created in Tallinn, Estonia. The specificity of space informed the new composition of the pieces, as they serendipitously fit between the rails. The color of the rope was chosen to attract public attention within the transient space outside the studio. The aim was to both fit within the unchanged existing space and to offer what can be seen in the in-between. The piece is transformed also in this outside setting by being swayed by the wind and creating bell-like chimes by hitting the metal railings. The forms were originally inspired by floating sea forms and markers, and now the clangs in the wind remind me also of stormy marinas, as ropes and lines will hit a sailing mast.
​. 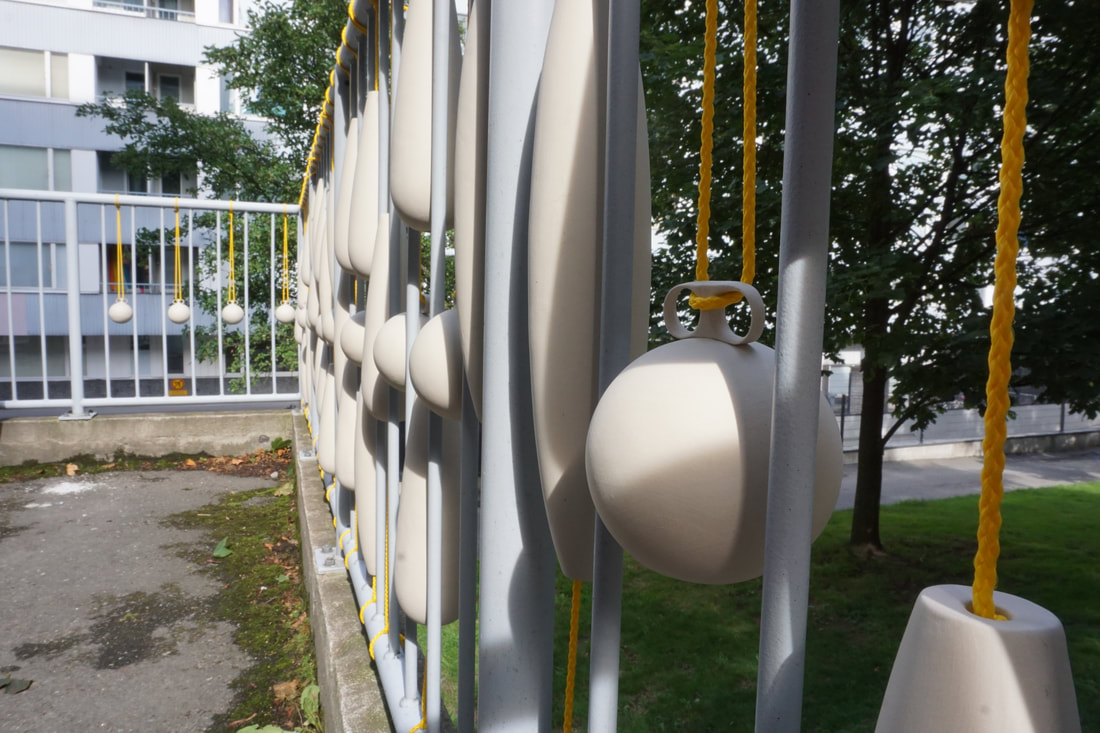